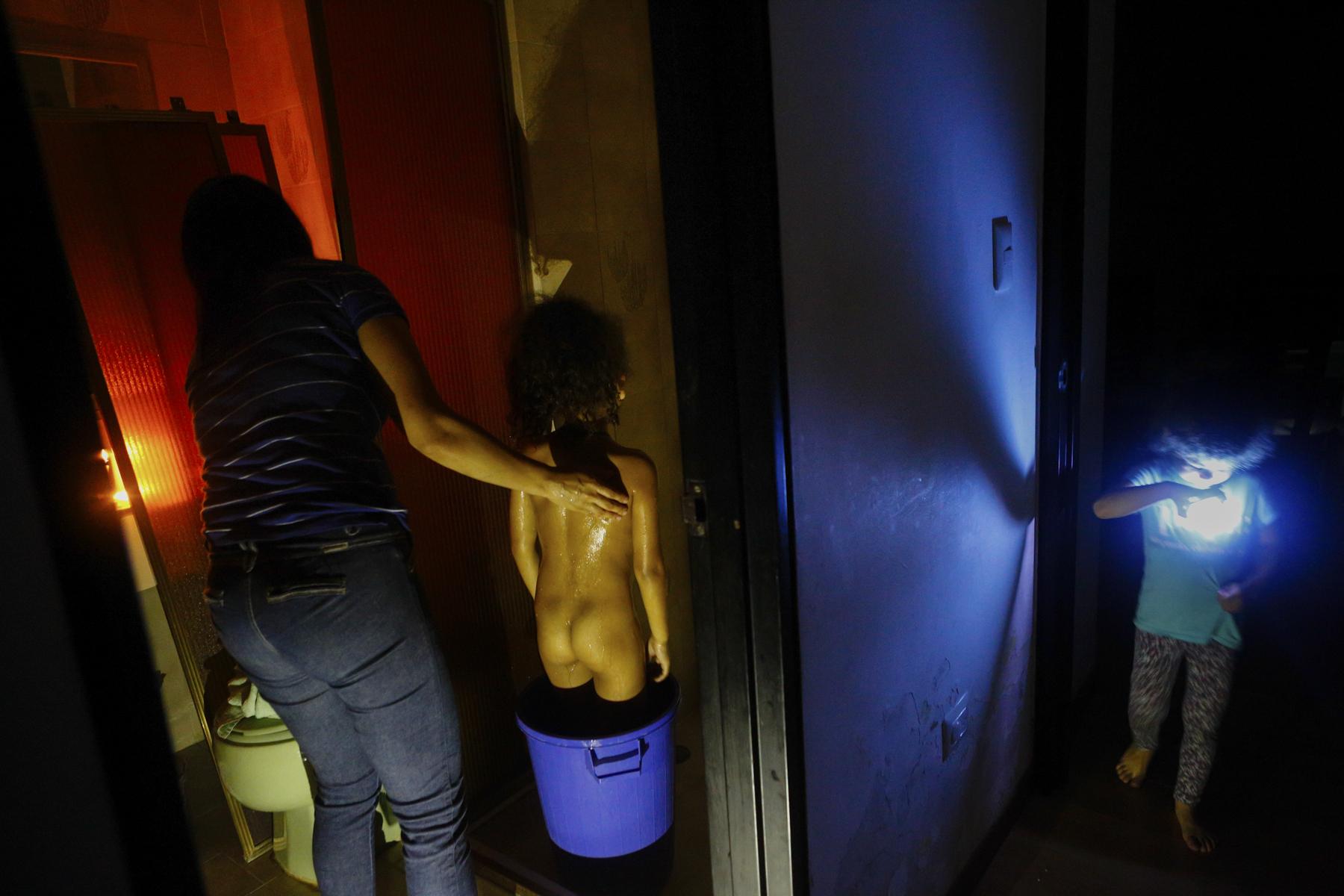 CARACAS, VENEZUELA - MARCH 12: A girl is seen inside a cube taking a bath at her house without electricity during blackouts, which affects the water pumps on March 12, 2019 in Caracas, Venezuela. Photo by Eva Marie Uzcategui 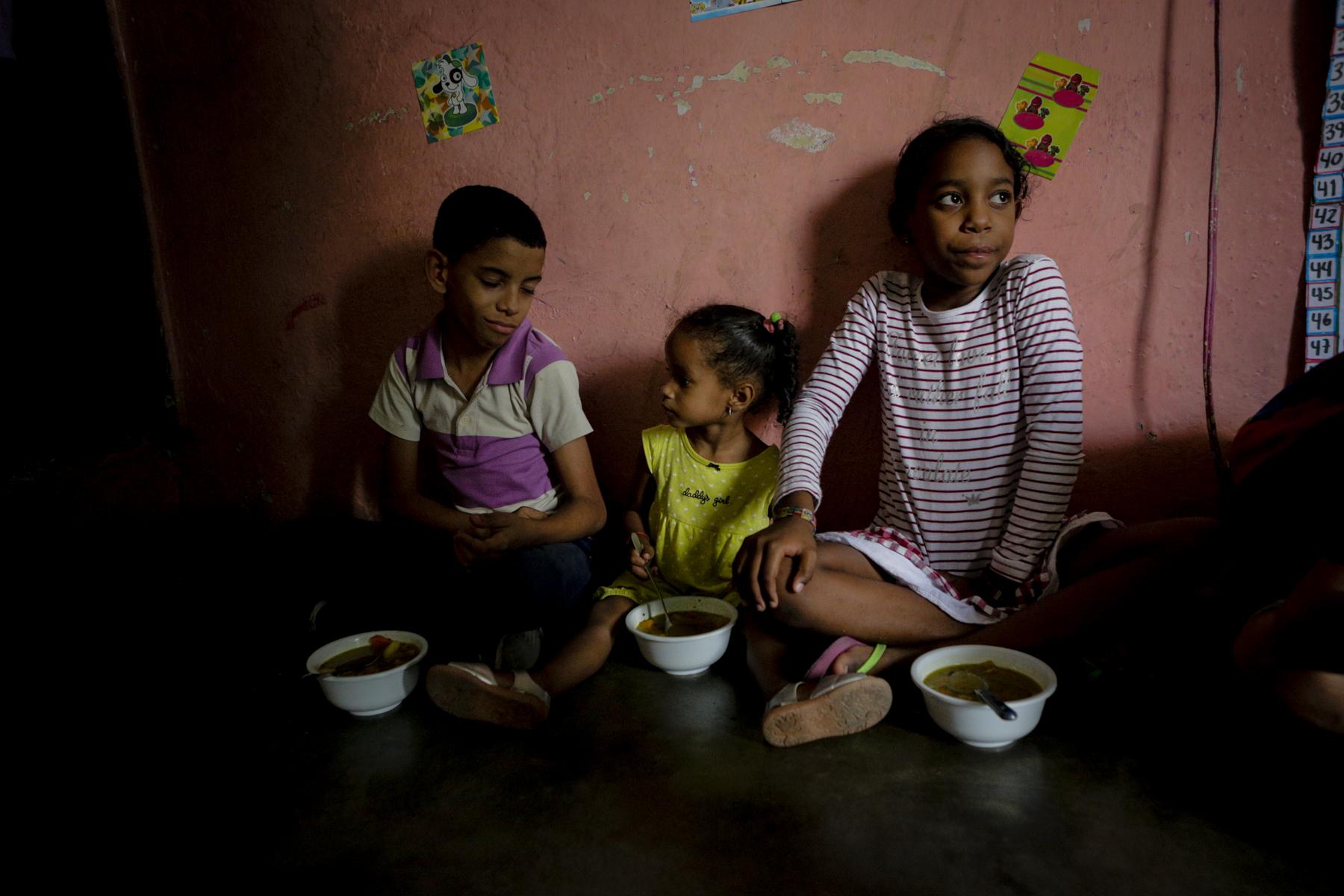 CARACAS, VENEZUELA - APRIL 12: Children of Barrio UniÃ³n Sector Las Casitas eat soup prepared and donated by Alto Restaurant in the house of a neighbor on April 12, 2019 in Caracas, Venezuela. Local NGOs offer food to those in need, especially elderly people and children. "Barriga Llena CorazÃ³n Contento" Foundation has been supporting a nursing home and two soup kitchens in the community of Mesuca, Petare for more than three years. There are five Restaurants that collaborate preparing food from Monday to Friday. Each restaurant has its own recipe but all are made based on instructions from a nutritionist. Political and economic crisis has triggered a food emergency in Venezuela. Most supermarkets and shops do not offer a wide variety and amount of food and goods due to the shortage that affects the country. To struggle with semi empty shelves, Venezuelans have to navigate street stalls and vendors to get eggs, corn and wheat flour and rice which are the basis of the Venezuelan diet. According to the 2018 survey on life conditions ENCOVI, conducted by three local universities, 89% of people consider their incomes are not enough to afford a proper diet. Six out of 10 said they had gone to bed hungry because they did not have the money to buy food. International Monetary Found estimates a 10 million percent inflation for Venezuela in 2019 with skyrocketing rises in the price of food and goods, increasing the number of Venezuelans unable to access to a healthy nutrition. According to FAO Early Action on Food Security report 2019, Venezuela is in alert due to food insecurity and has no consistent humanitarian response plan. (Photo by Eva Marie Uzcategui/Getty Images) 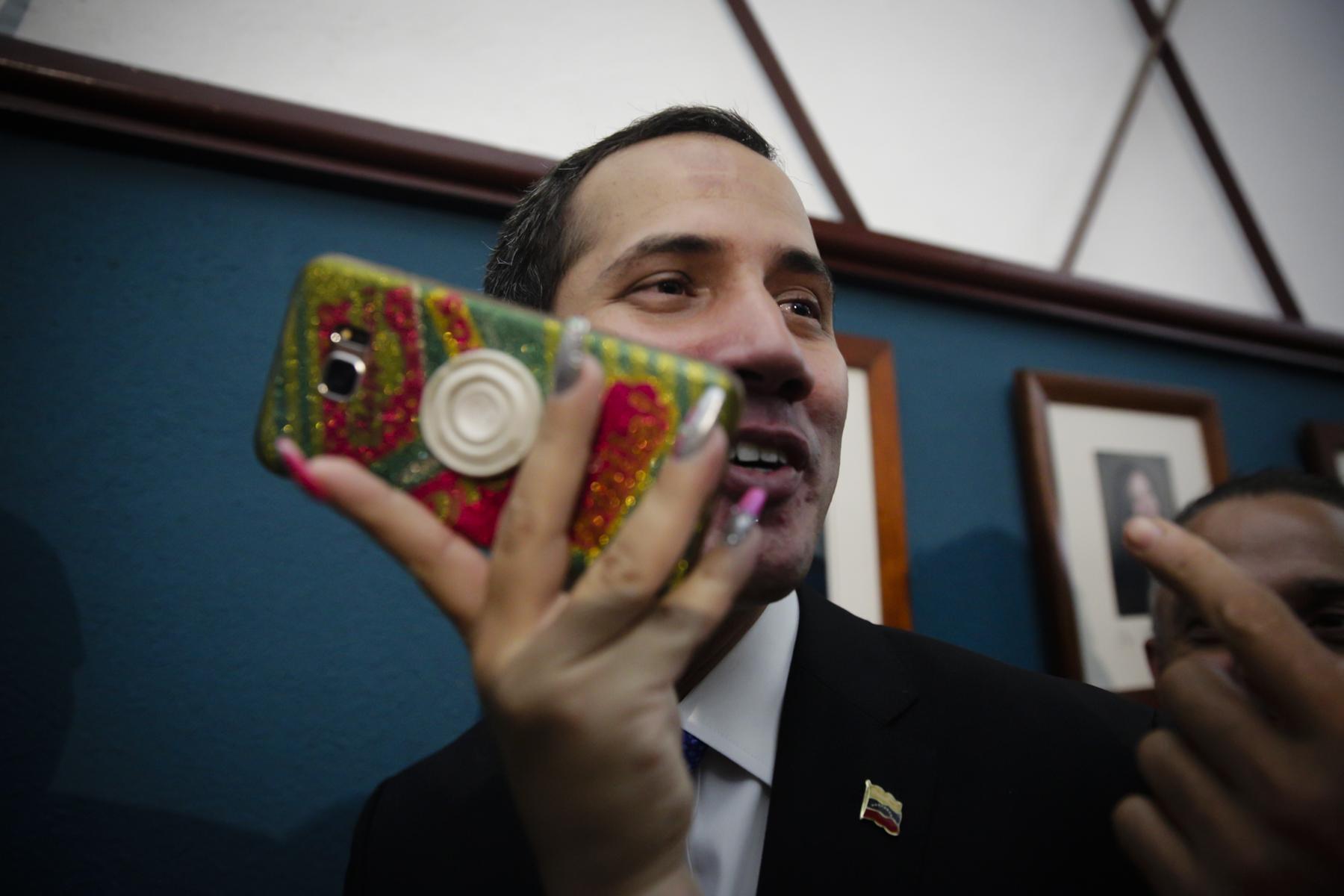 CARACAS, VENEZUELA - MAY 16: Venezuelan opposition leader Juan GuaidÃ“, recognized by many members of the international community as the country's rightful interim ruler, speaks during a press conference as part of Operacion Libertad at Edificio Camara de Comercio on May 16, 2019 in Caracas, Venezuela. (Photo by Eva Marie Uzcategui/Getty Images) 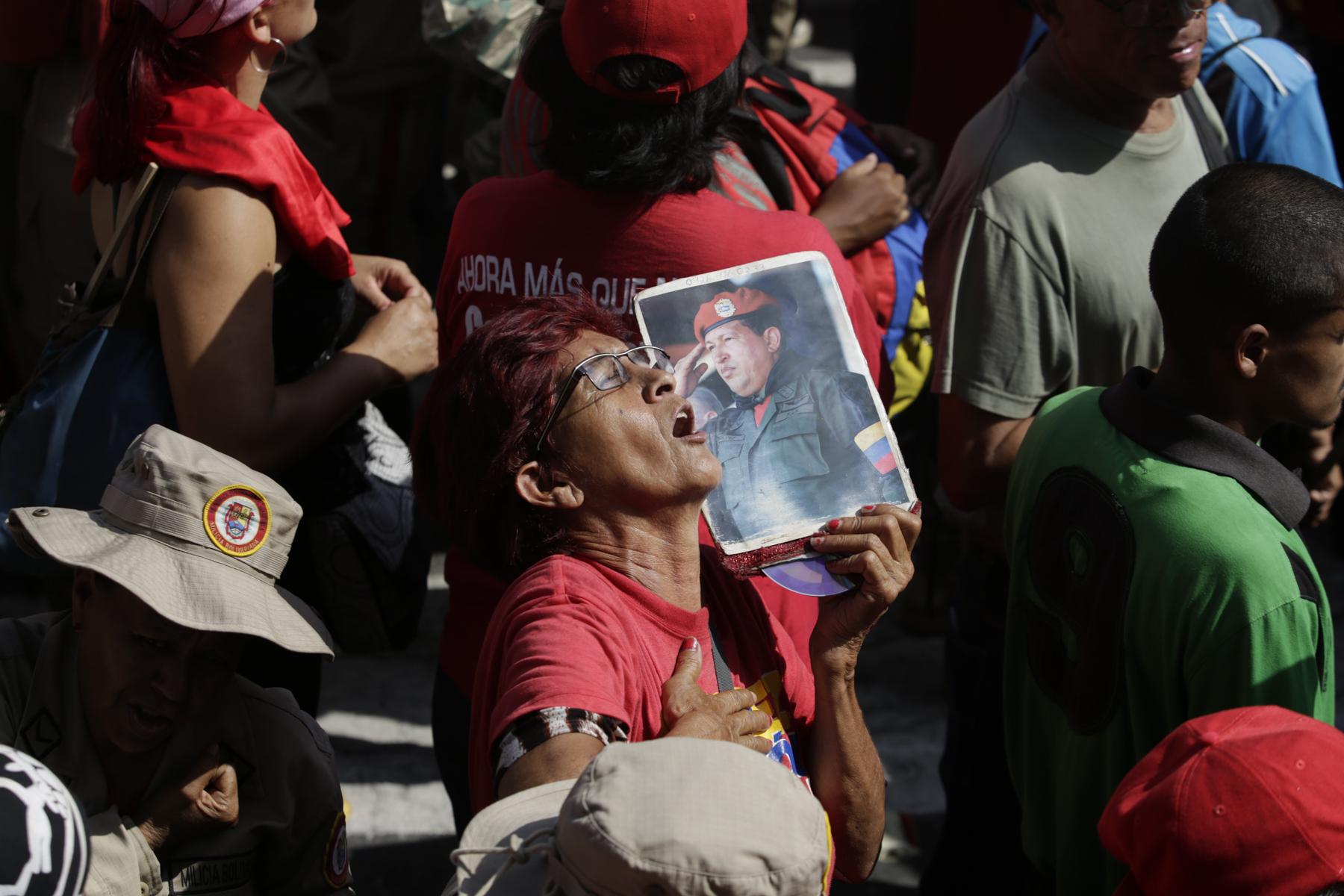 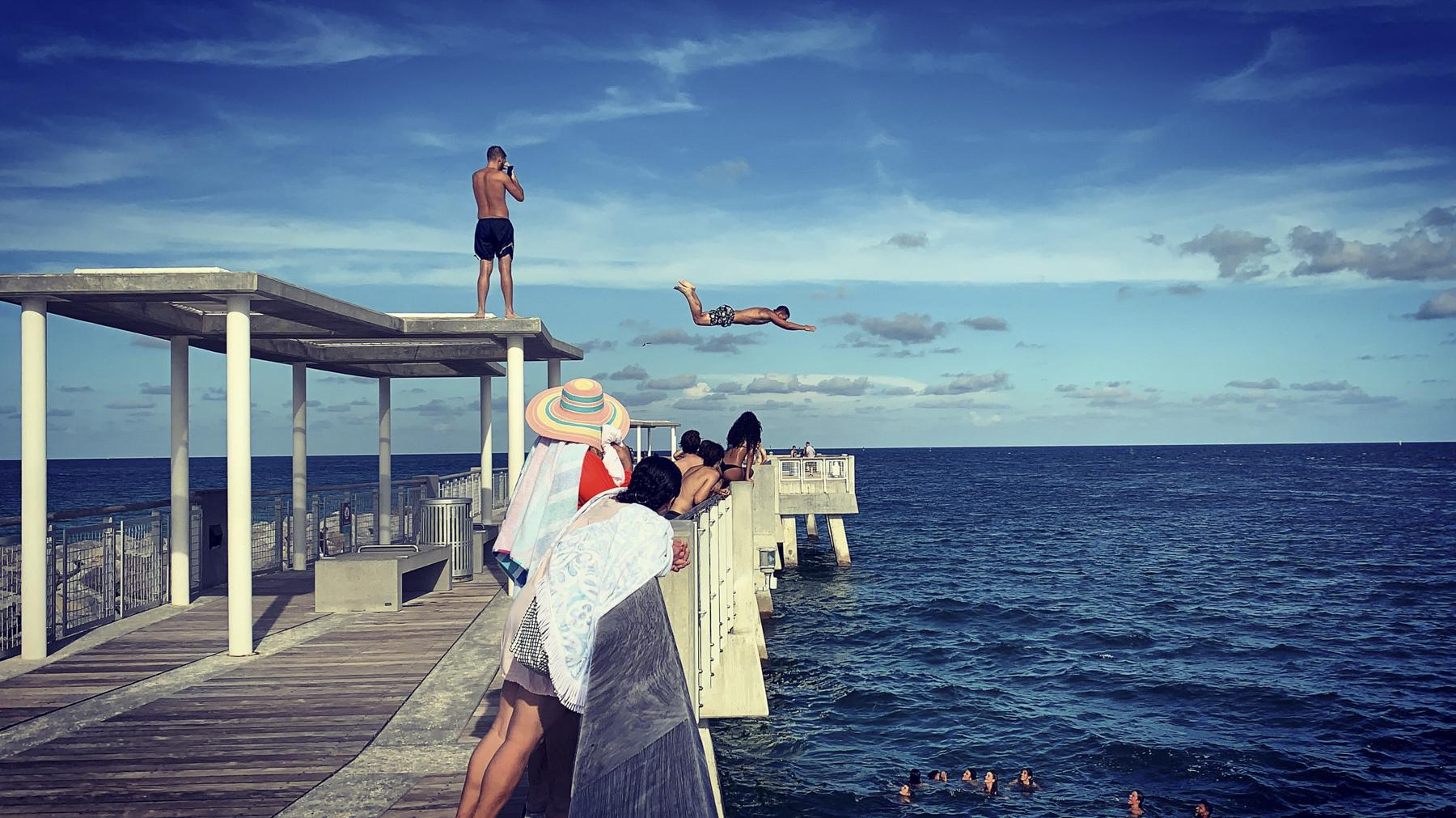 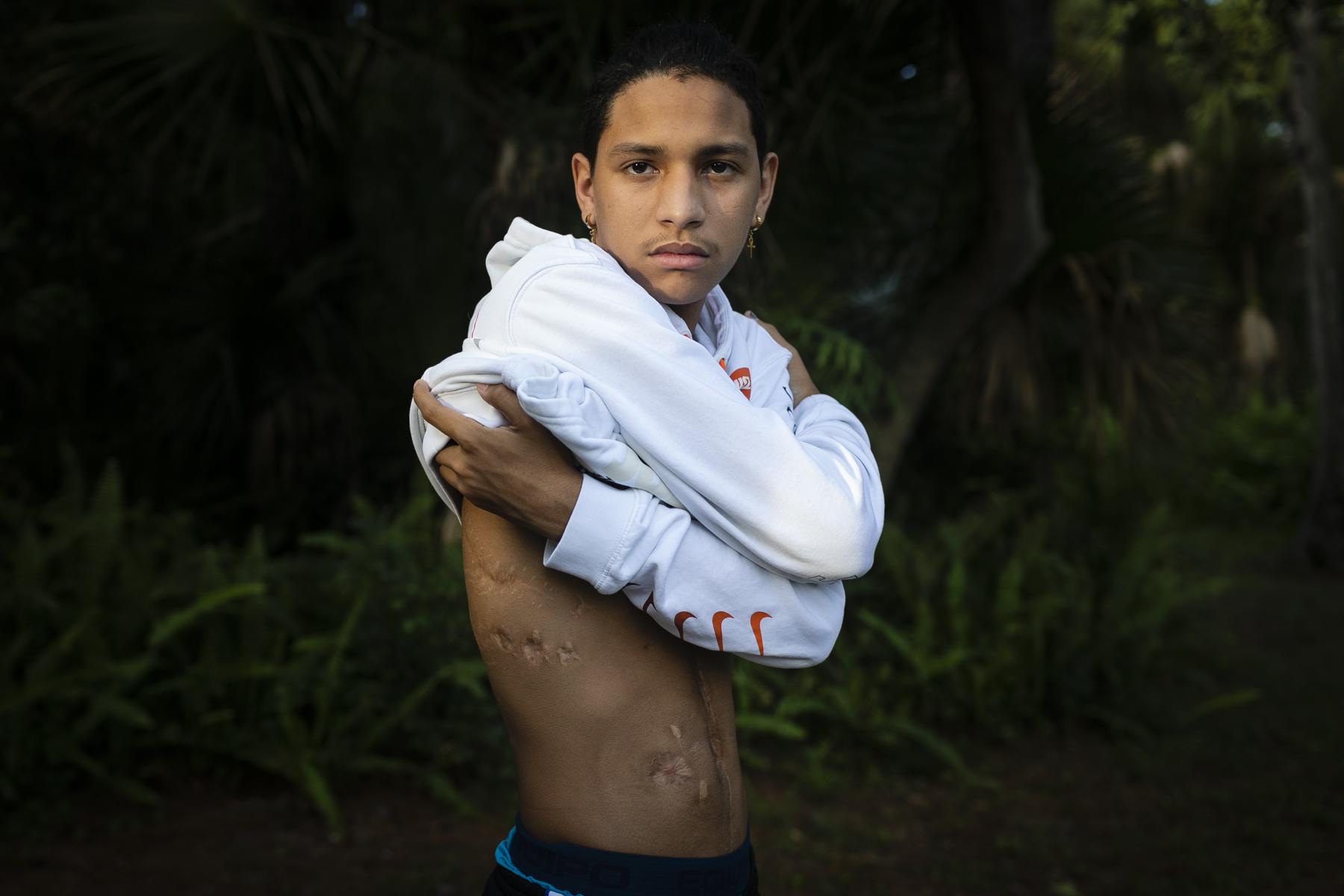 Marjory Stoneman Douglas High School shooting survivor Anthony Borges shows his injuries during an interview with AFP in Coral Springs, Florida, on August 9, 2019. The scourge of gun violence in the US is no secret: some 36,000 Americans are killed every year on average, or about 100 a day, in homicides, suicides, police-involved shootings and accidents. Hundreds more are shot and wounded daily in the most-heavily armed country in the world. Those victims -- of mass shootings, or just everyday arguments that go awry -- live on with their wounds. Eva Marie UZCATEGUI / AFP 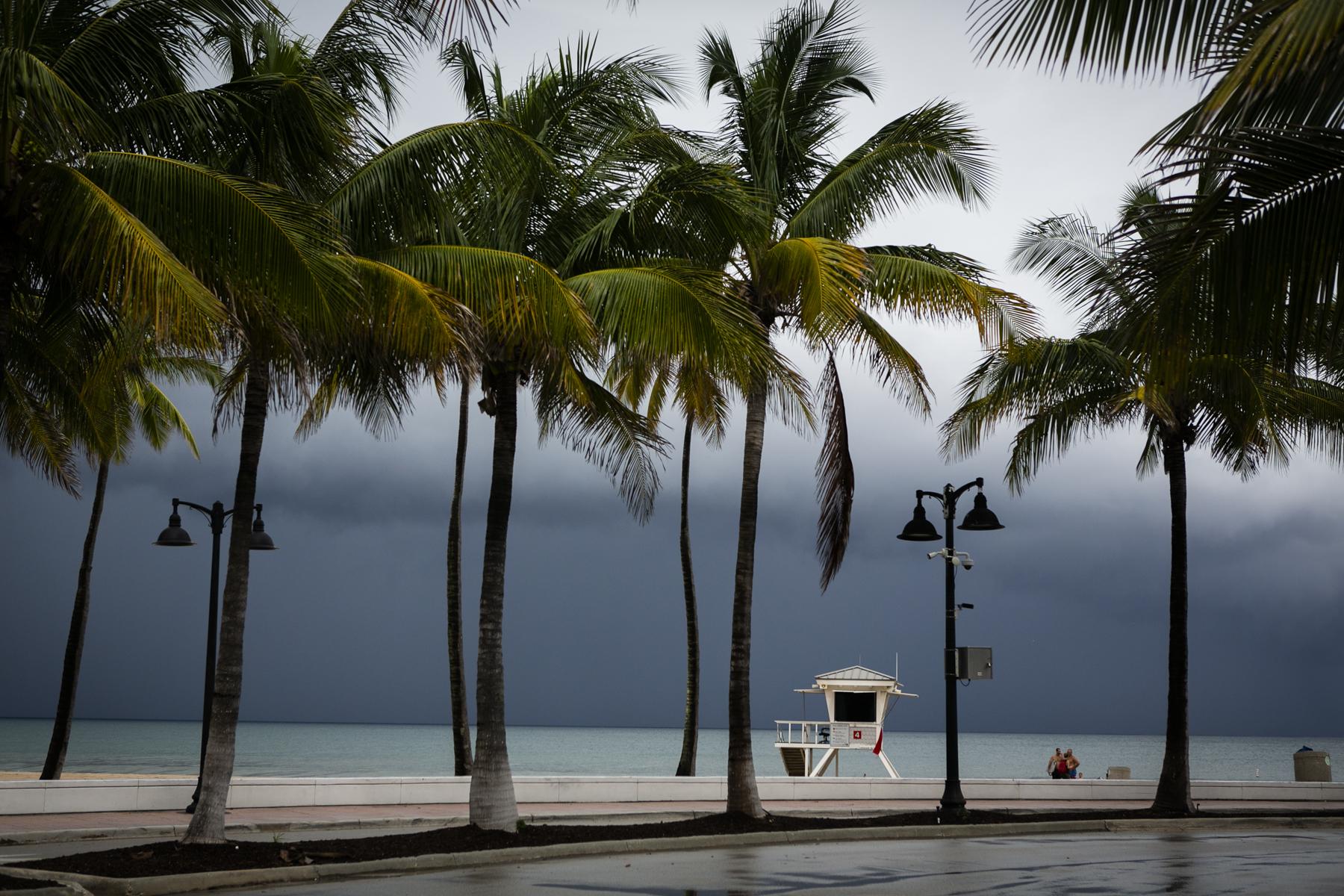 A lifeguard tower is seen on the shore in at Las Olas Beach in Fort Lauderdale on September 2, 2019. Eva Marie UZCATEGUI 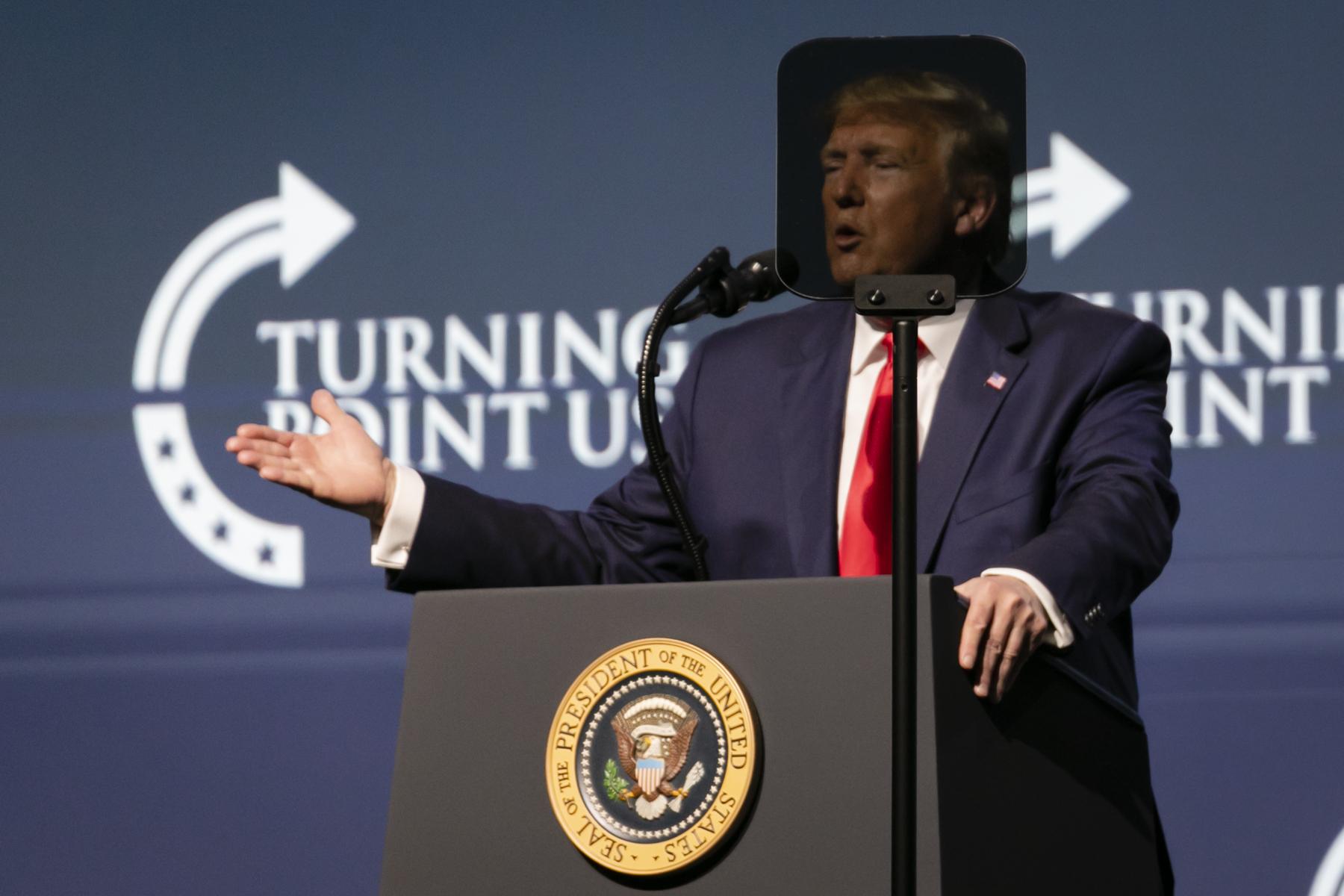 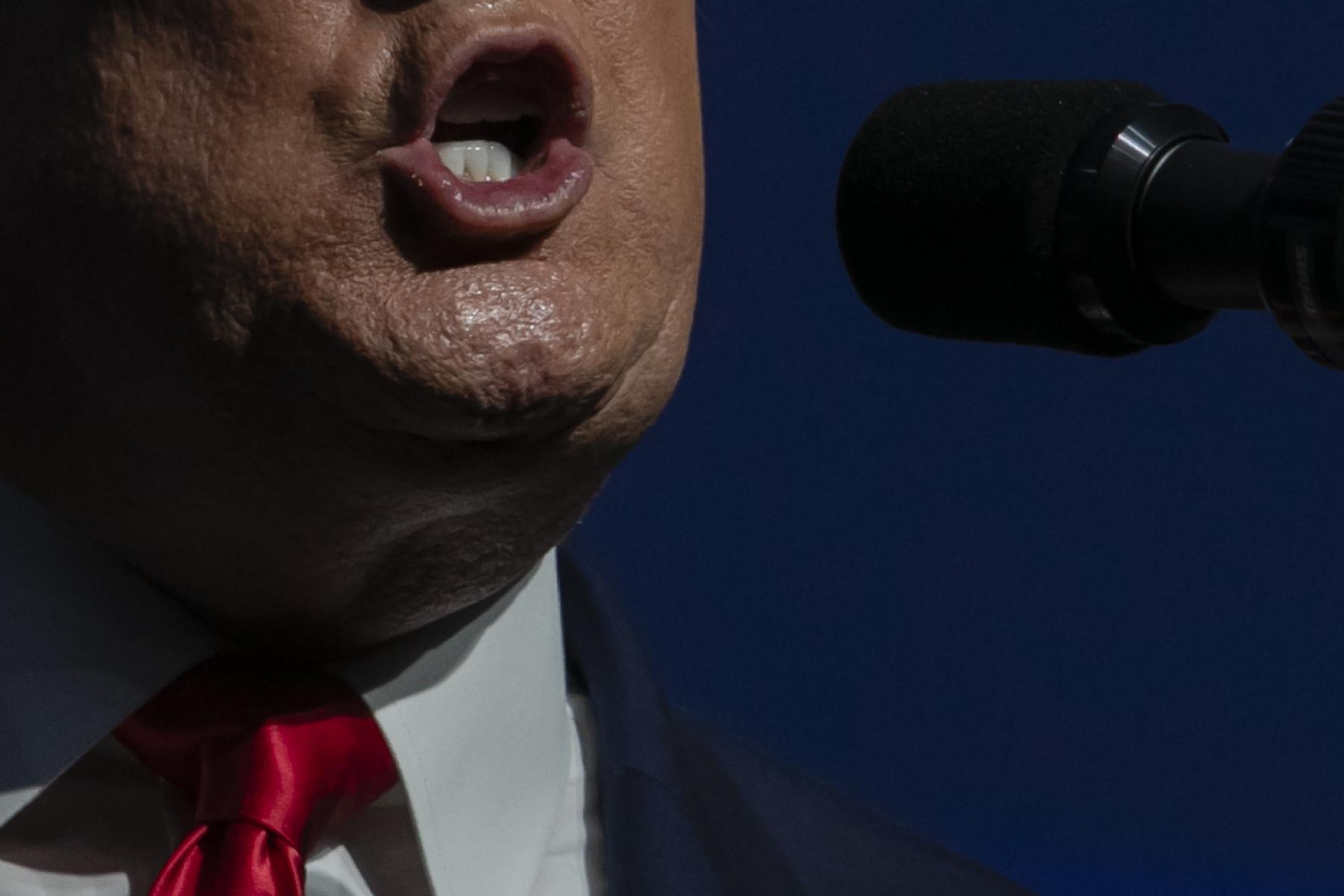 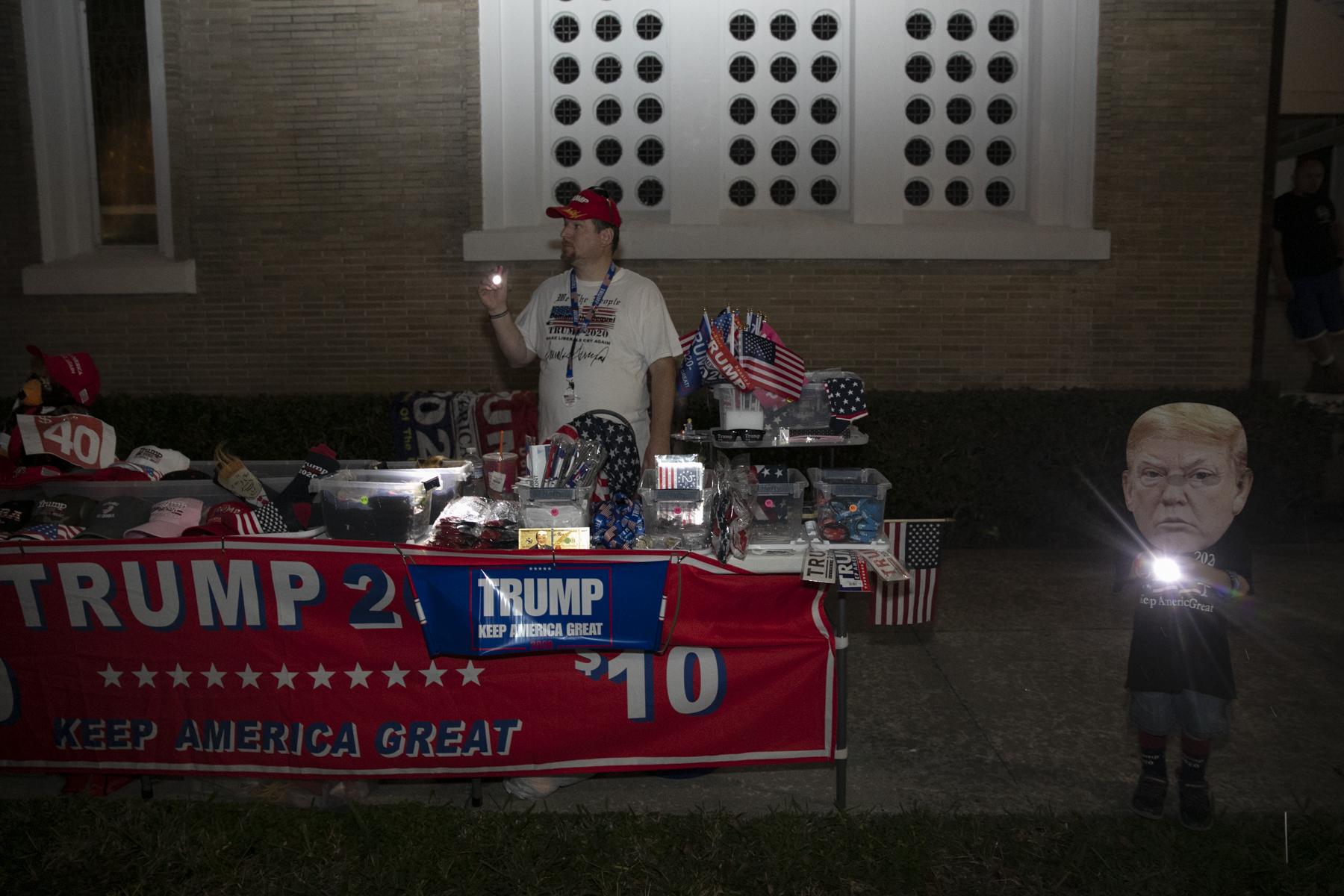 A man sells memorabilia as supporters of U.S. President Donald Trump to pass in his motorcade on the route to his Mar-a-lago resort, as the Senate continues his impeachment trial, in West Palm Beach, Florida, U.S., January 31, 2020. REUTERS/Eva Marie Uzcategui 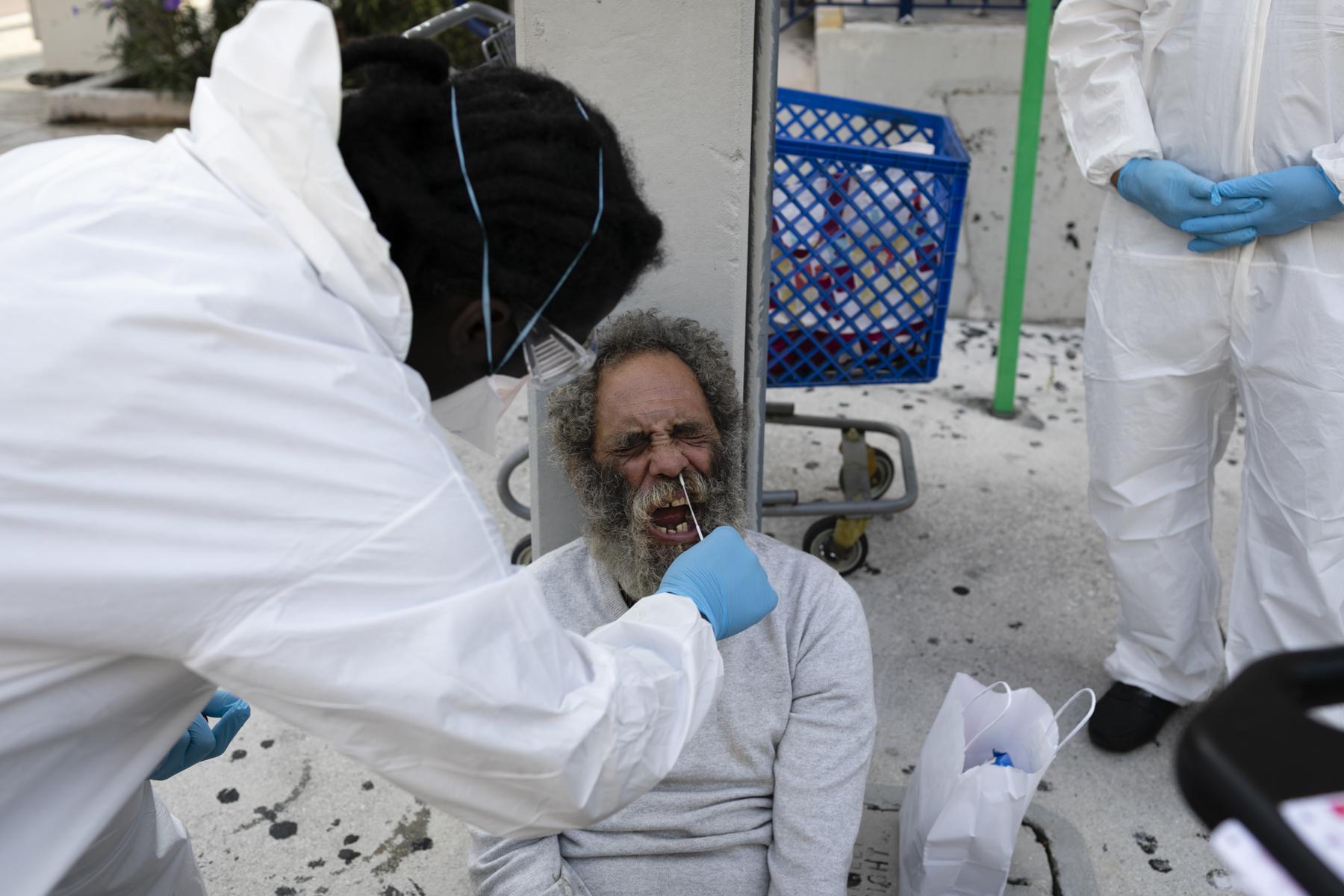 A worker of Miami-Dade County Homeless Trust takes a sampler test to a homeless for coronavirus disease (COVID-19) in Downtown Miami on April 16, 2020. Eva Marie UZCATEGUI 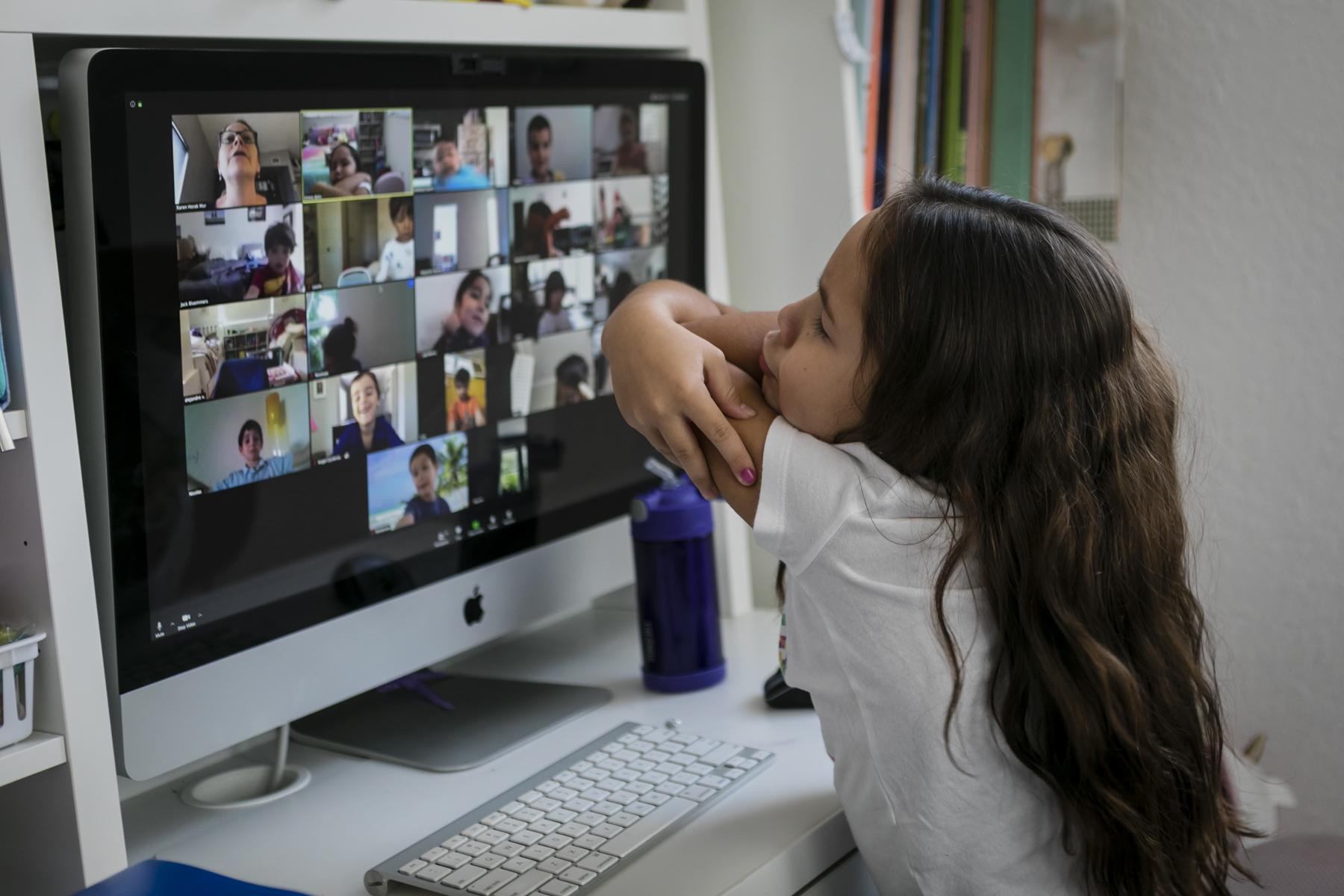 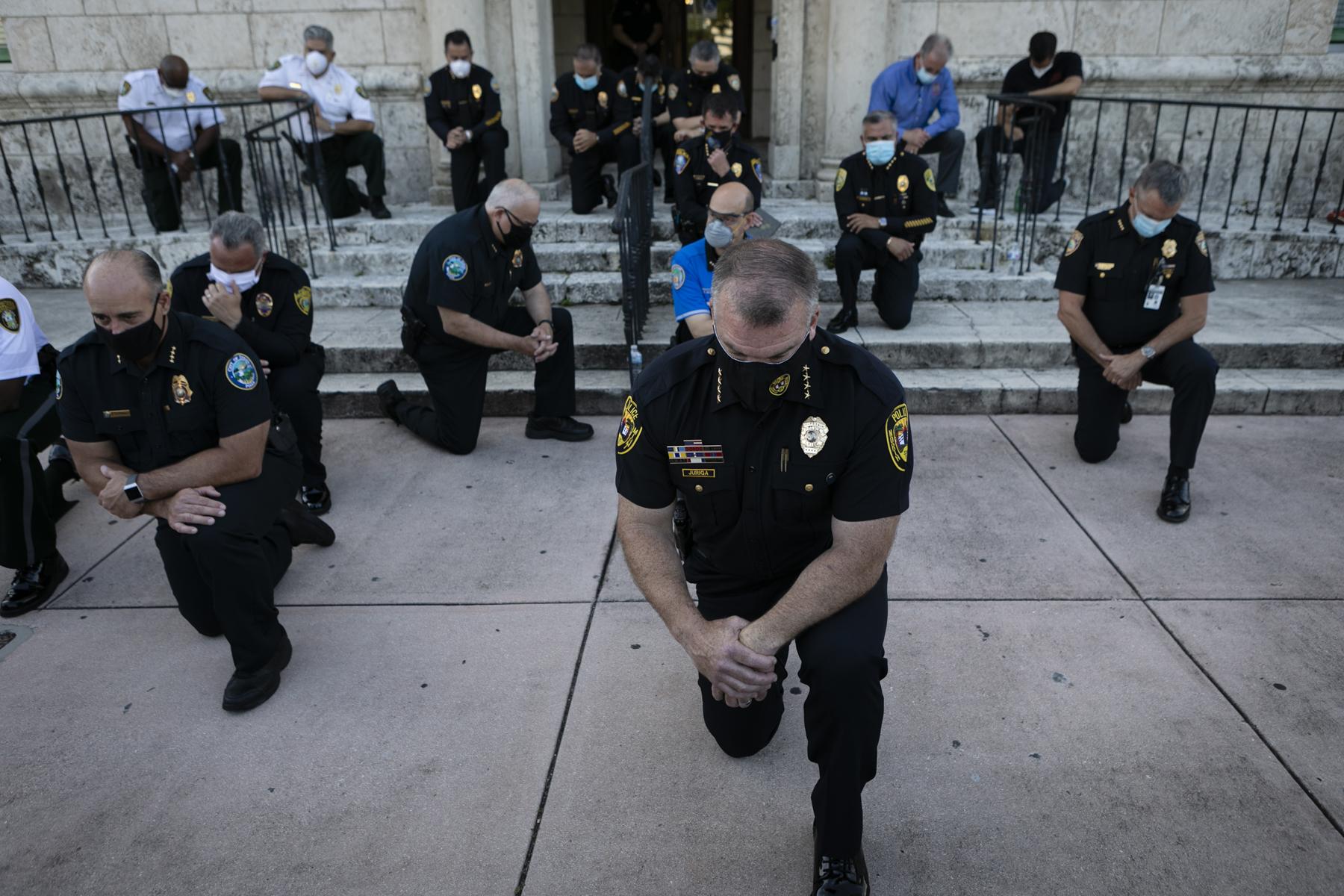 Police officers kneel during a rally in response to the recent death of George Floyd in Coral Gables, Florida on May 30, 2020. Eva Marie UZCATEGUI 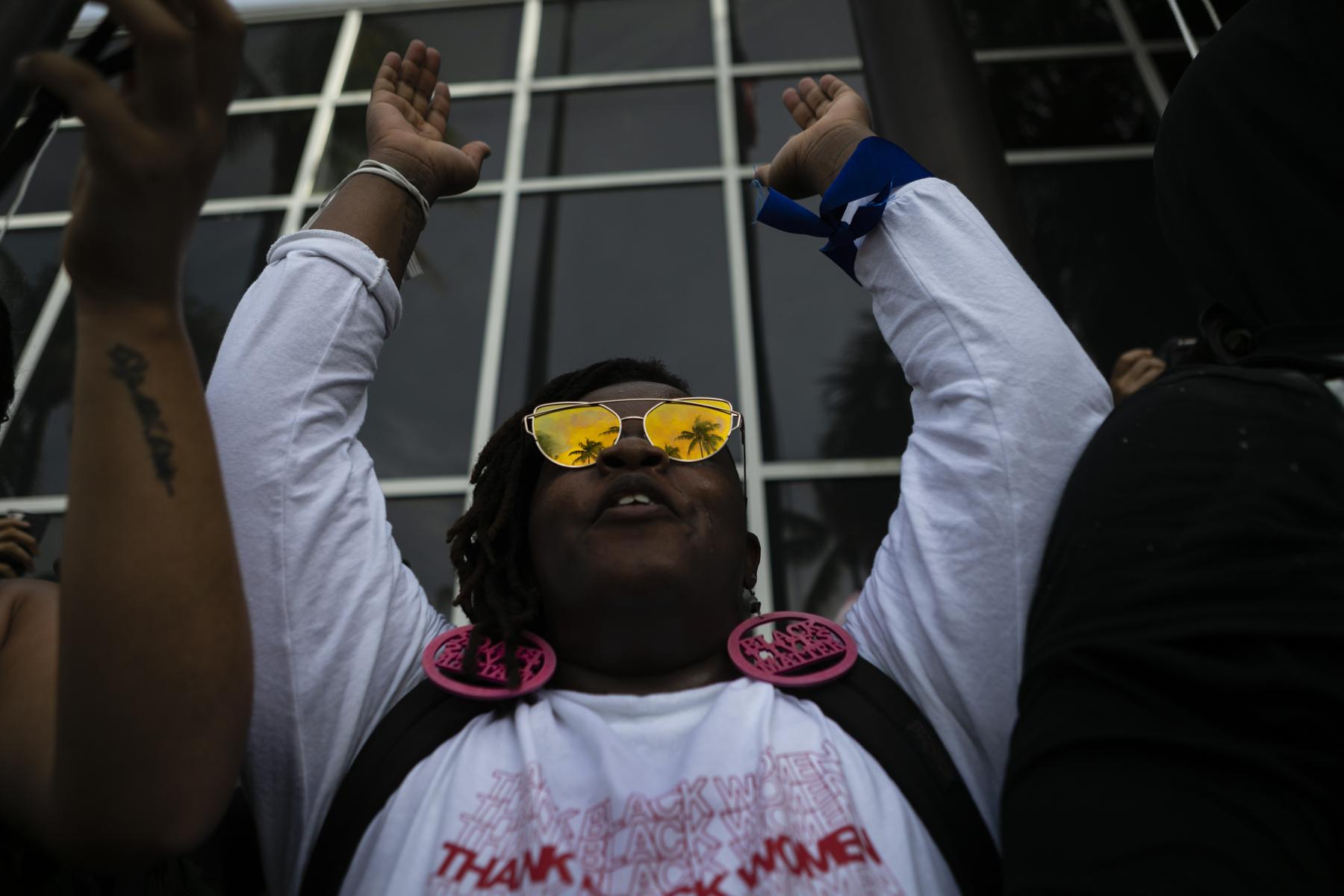 A protestors yells chants as gathers at City of Fort Lauderdale Police Department during a rally in response to the recent death of George Floyd in Fort Lauderdale, Florida on May 31, 2020. Eva Marie UZCATEGUI 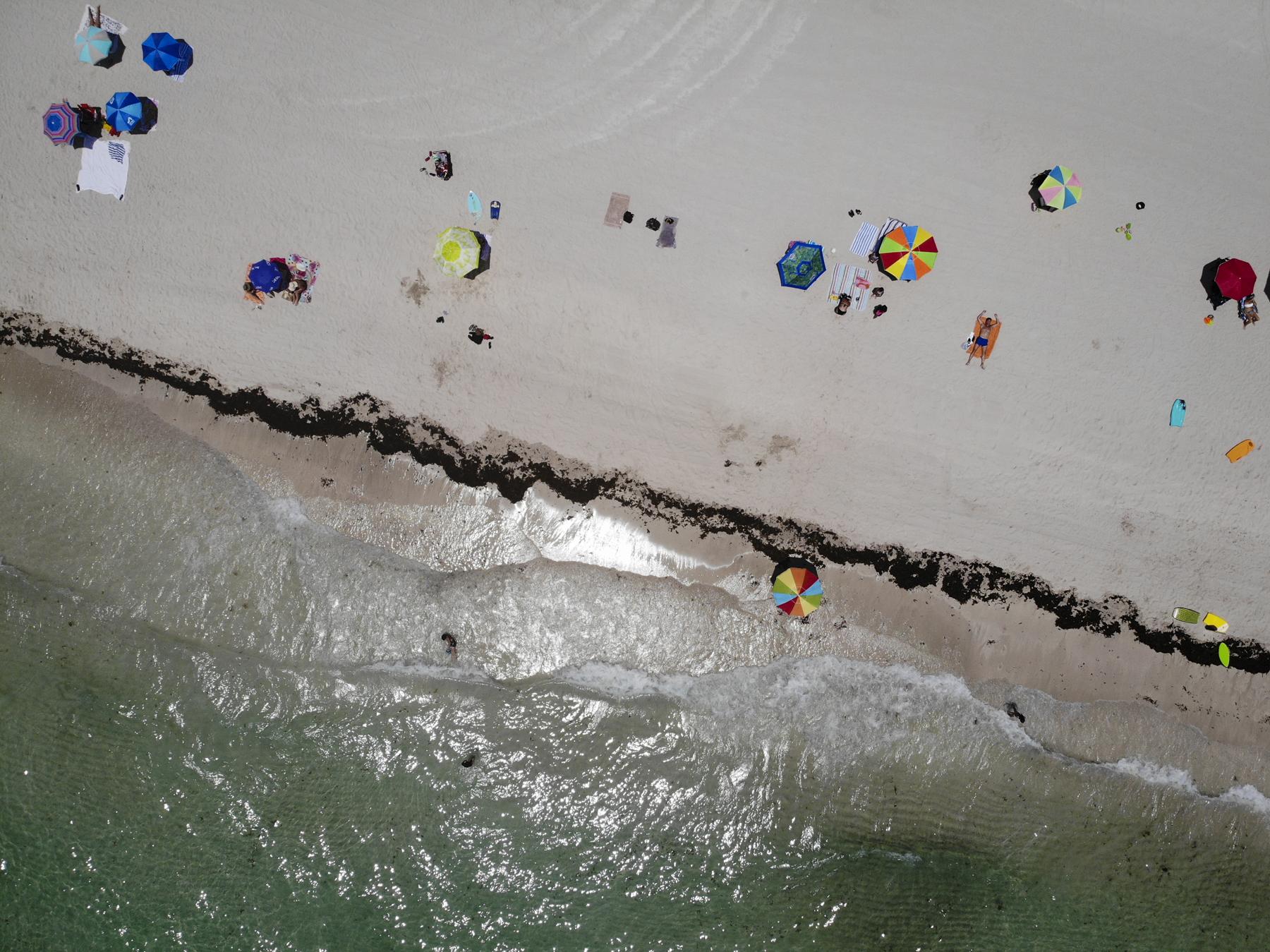 FLORIDA, USA - JUNE 10: An aerial drone view of the beach as Miami reopens beaches after measures against the novel coronavirus (COVID-19) began to be lifted in Miami Beach, Florida, United States on June 10, 2020. 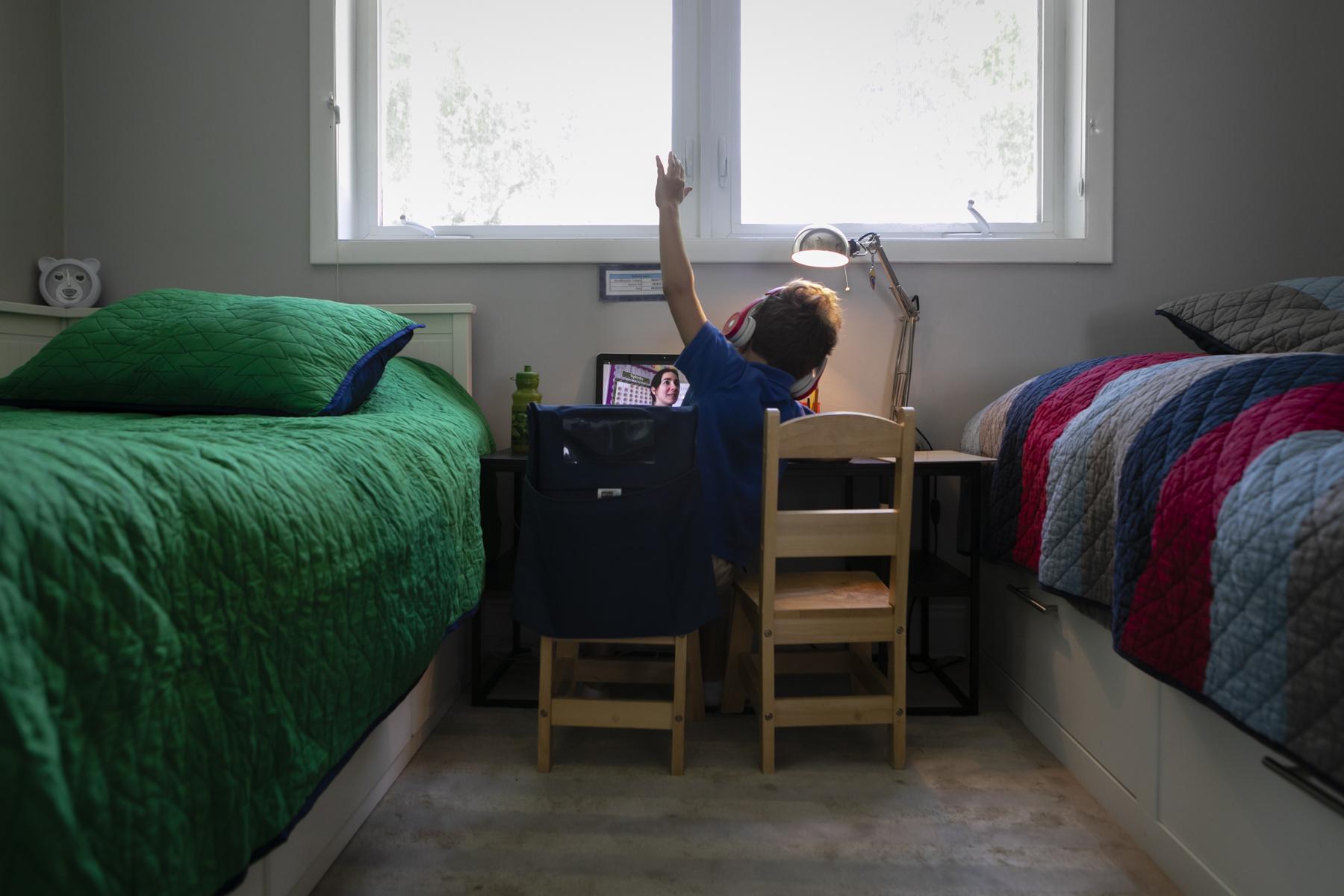 A student raises his hand while he is attending online distance learning from home in Miami, Florida, U.S., on Thursday, Sep. 03, 2020. Photographer: Eva Marie Uzcategui/Bloomberg 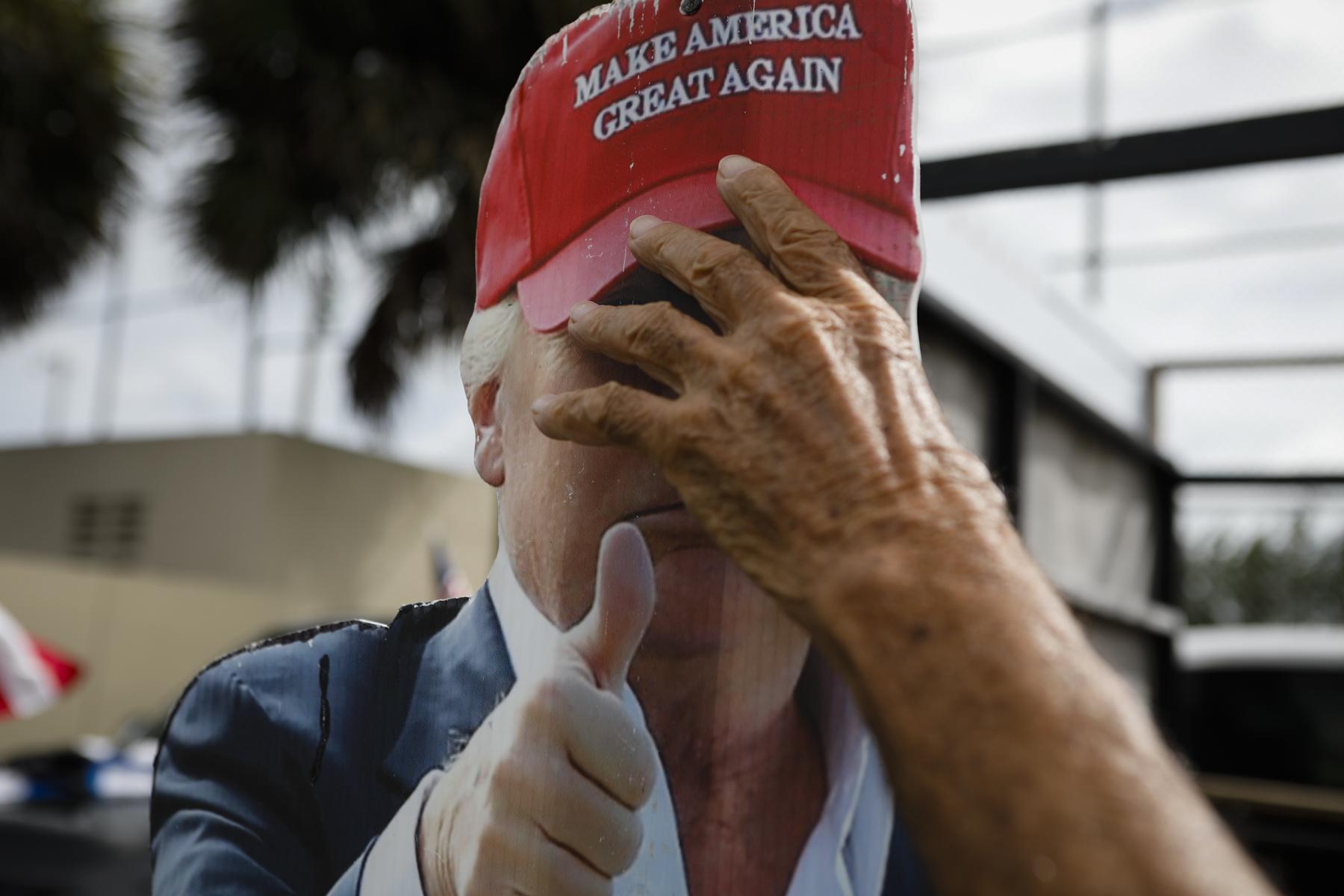 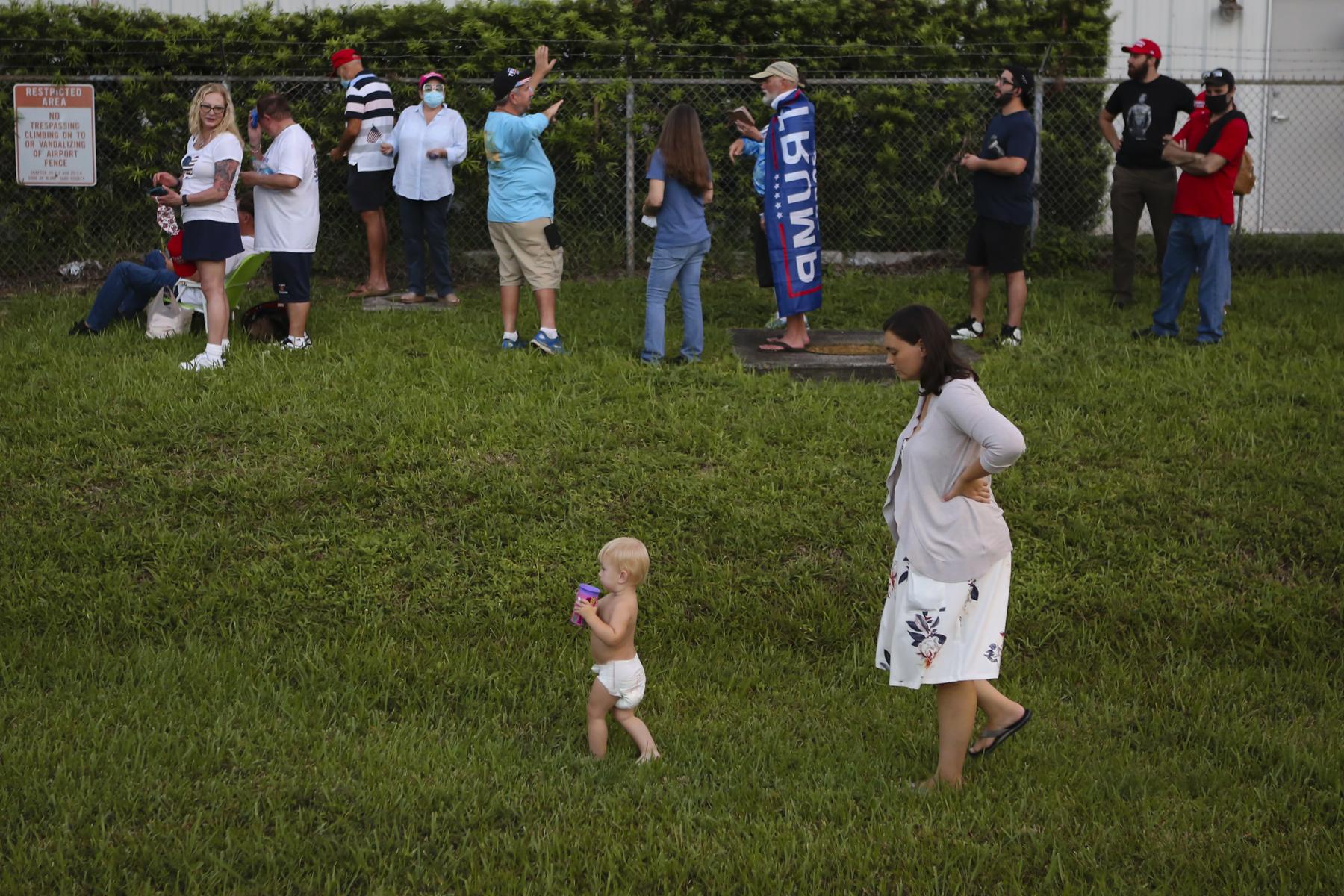 FLORIDA, USA - NOVEMBER 1: Supporters of US President Donald Trump wait in line to participate in a campaign rally at Miami-Opa Locka Executive Airport in Miami, Florida, United States on November 1, 2020. 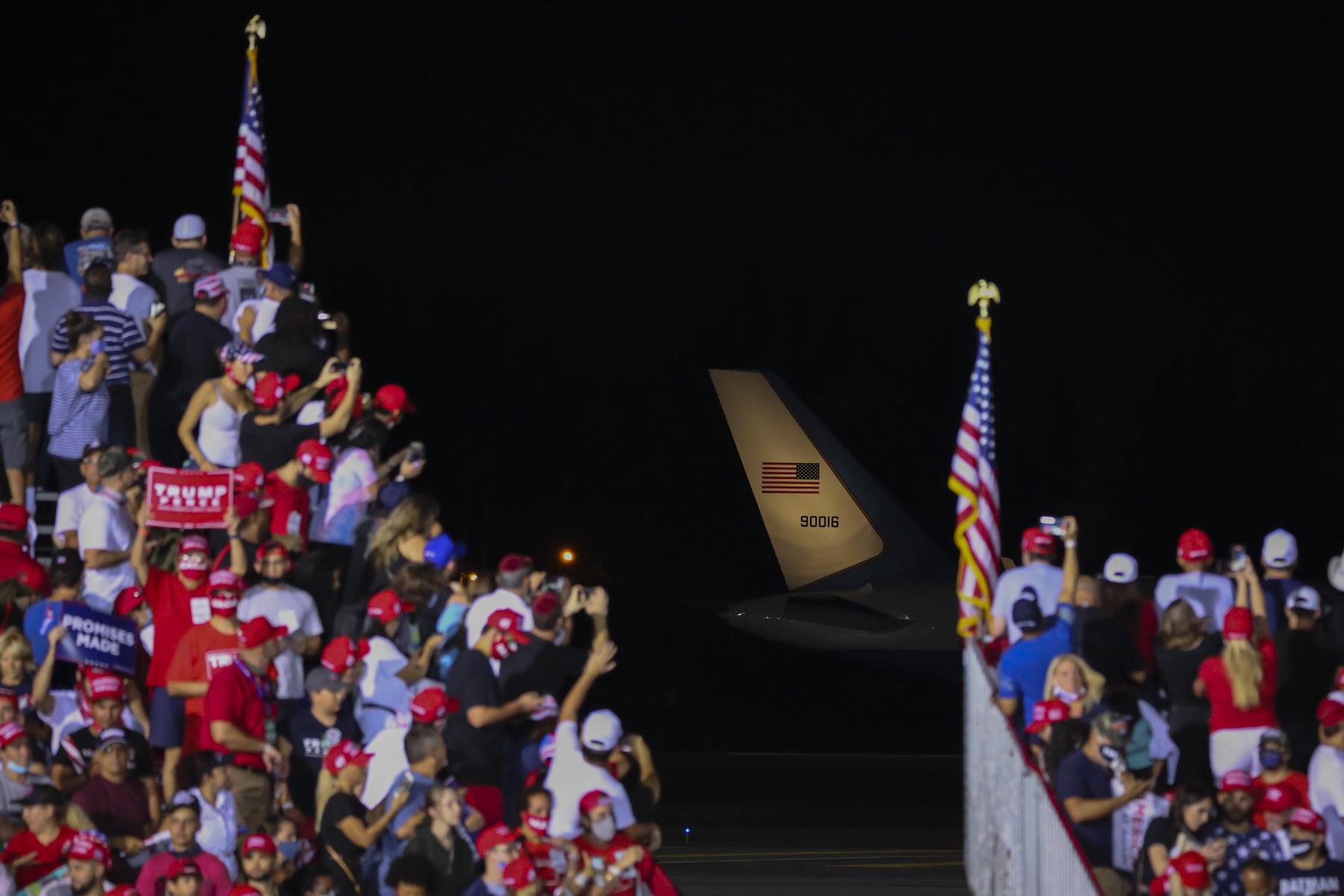 US President Donald Trump arrives with a plane to hold a rally to address his supporters at Miami-Opa Locka Executive Airport in Miami, Florida, United States on November 1, 2020. 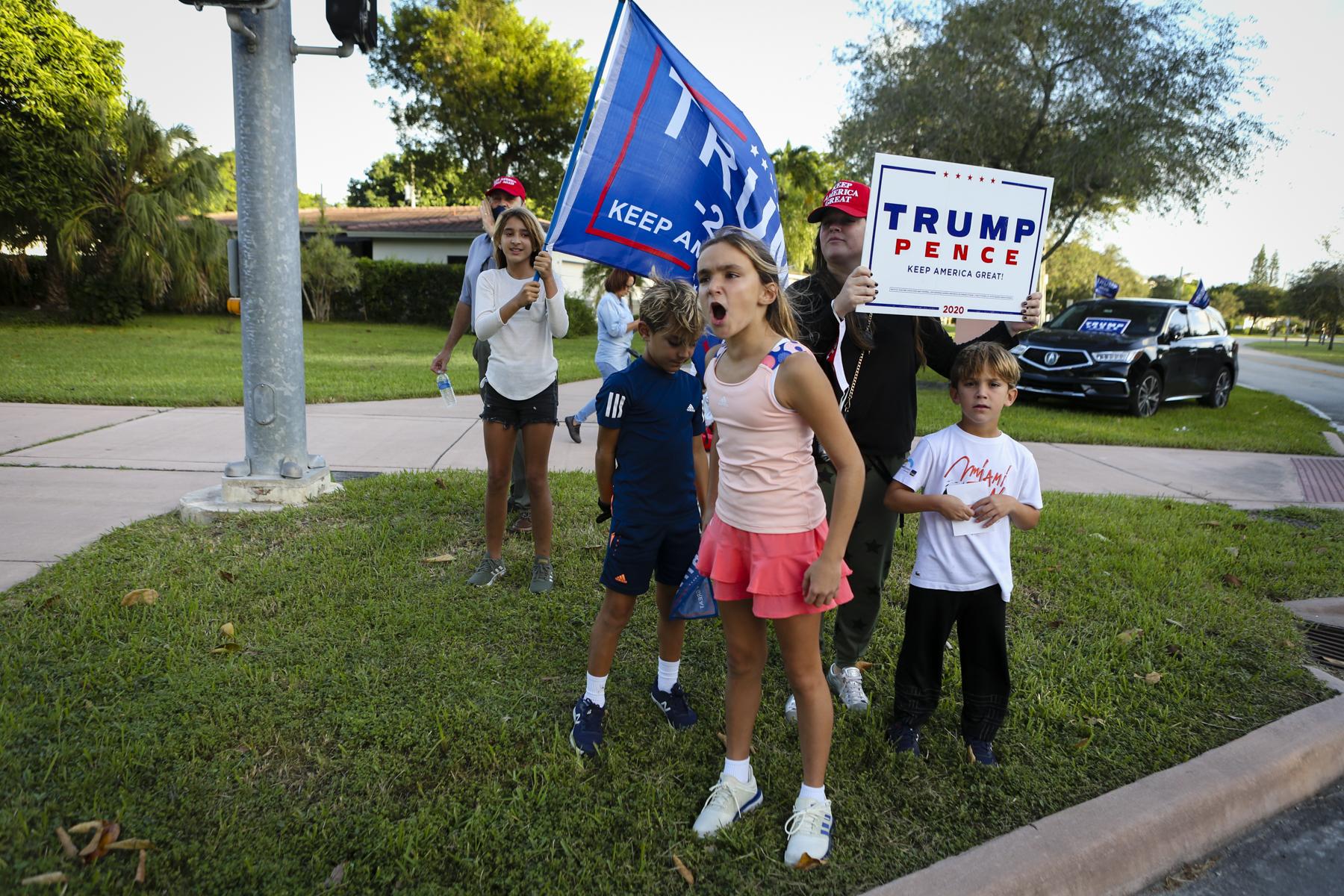 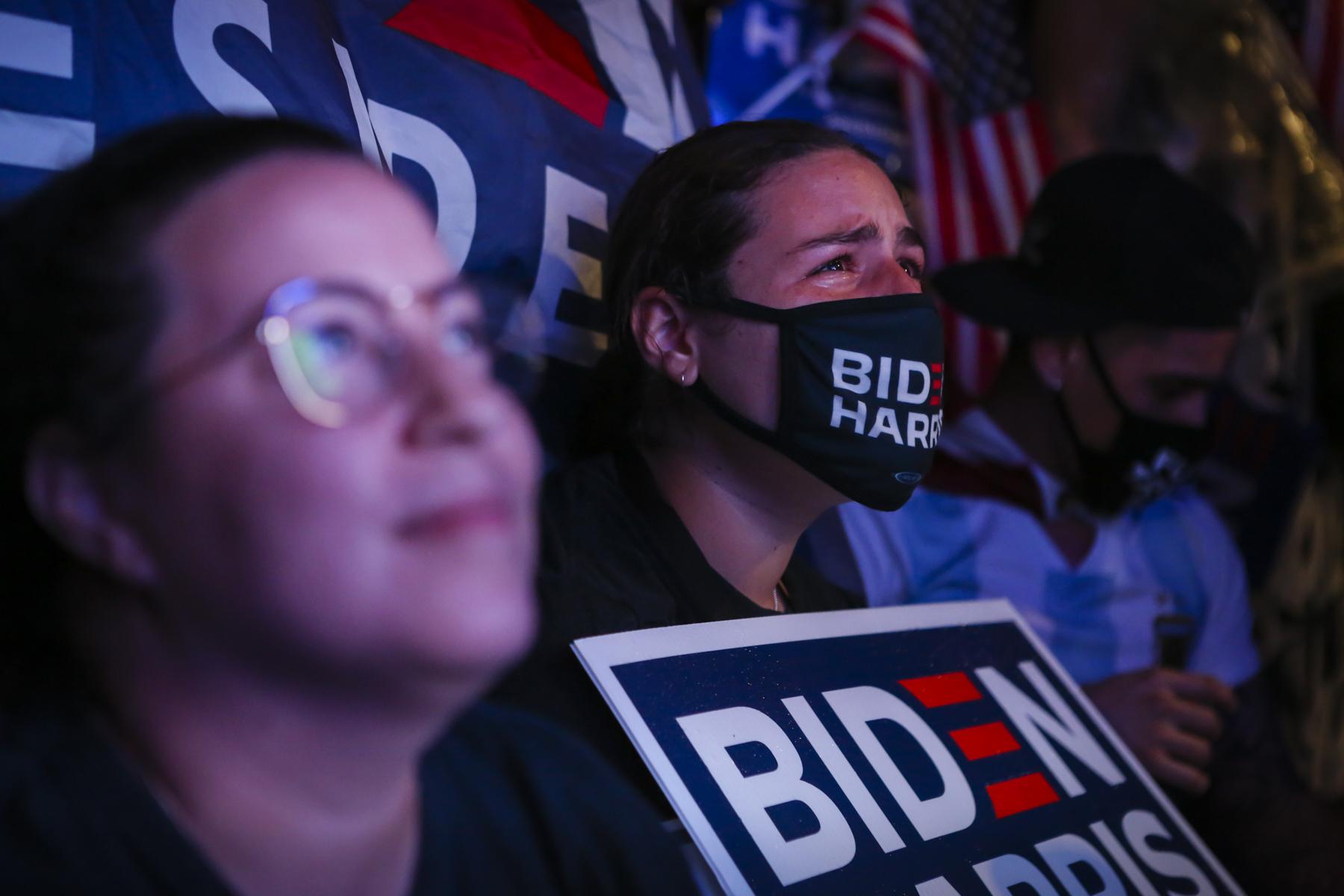 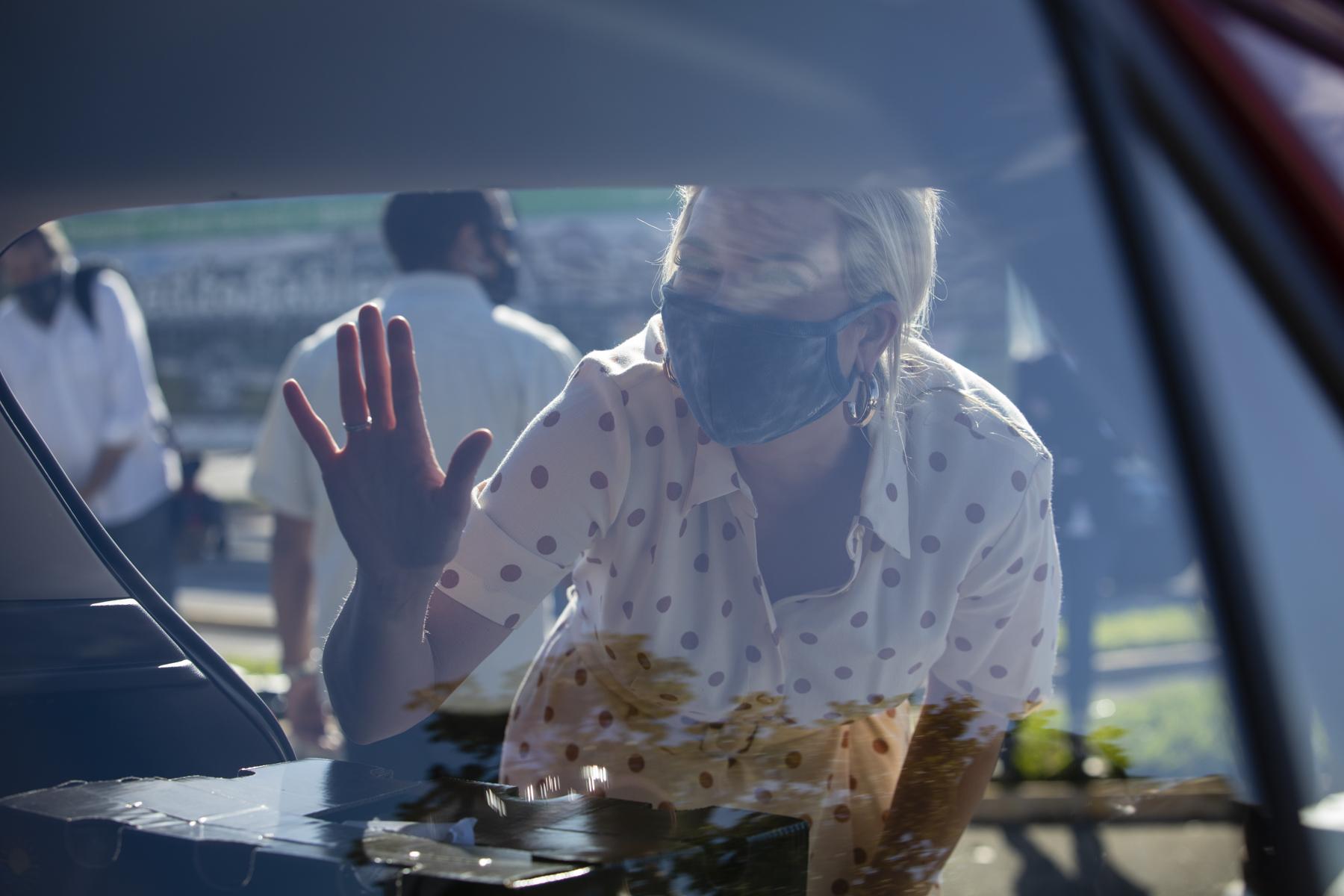 Freelance photographer based in Miami, FL. Available for photojournalism and documentary photography assignments.